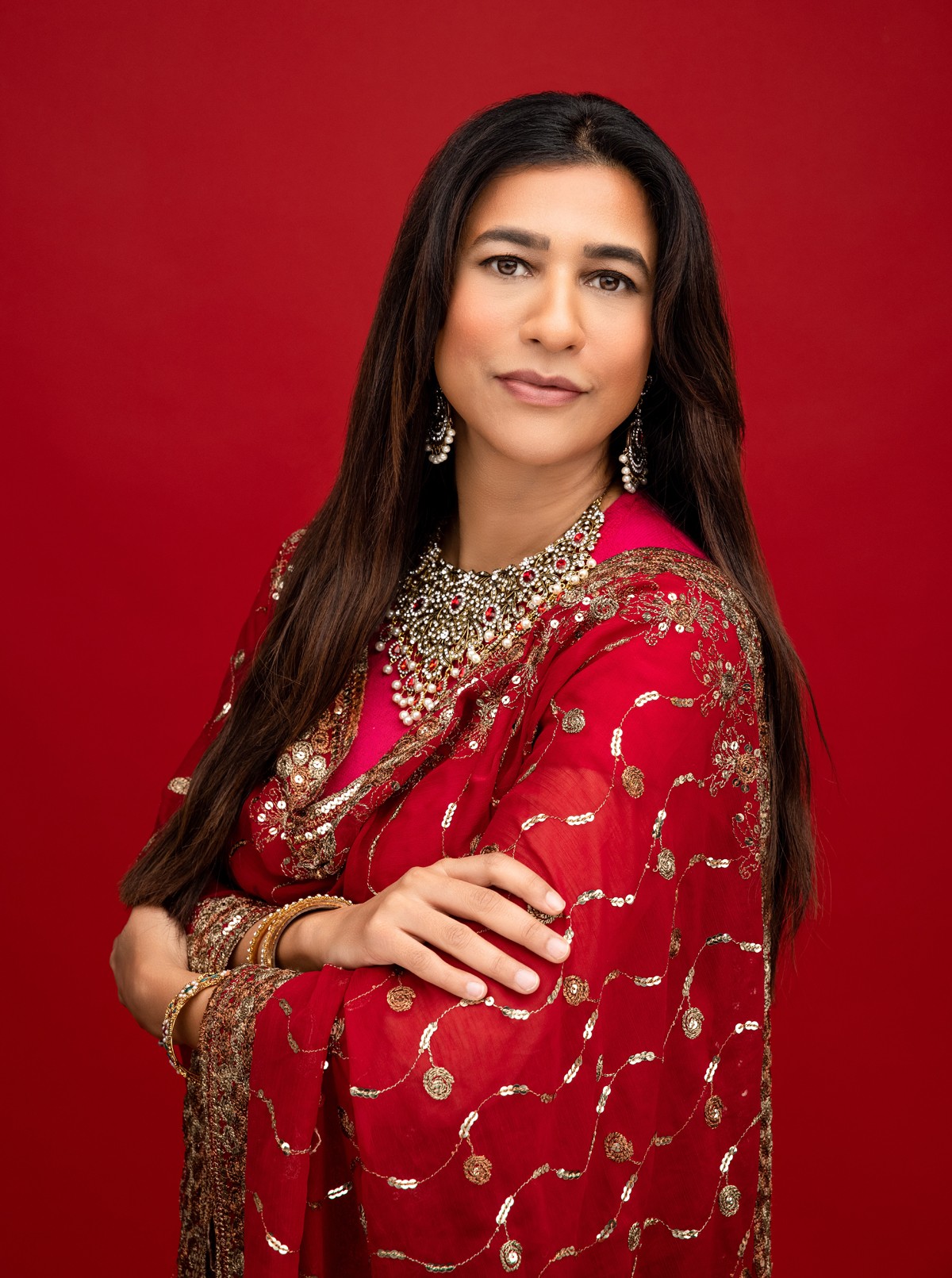 Shabana Kauser’s contemporary realistic oil paintings are influenced by her shared experiences as the daughter of Pakistani immigrants, and as an immigrant to the United States. Her paintings of South Asian women explore memories of cultural, social, and economic transition. Along with ornate, precisely-rendered jewelry, the Dupatta, a traditional scarf worn in South Asian countries, permeates portraits, referencing not only to her personal journey, but those of past, present, and future generations of immigrants.

Shabana’s parents left Pakistan occupied Kashmir in the 1970’s and emigrated to England. With the longstanding history between England and Pakistan, they took the opportunity to set up a new life. Dealing with complications of the immigration system in the 1970’s, they made a tough decision to follow their journey with the hope of change. Shabana is one of five children they raised in Surrey, which is on the outskirts of London. She grew up in a working class family, her father first worked in the steel industry and later at a bakery. Shabana’s mother started a sewing business from home. Her mother used the skills she learned in her family home in Pakistan and applied that to create a business all while raising a family. Yards of fabric would be dropped off to the home, and Shabana’s mother would create traditional shalwaar Kameez (tunic top, pant and dupatta) for the South Asian community. Shabana’s work is inspired by many women, including her mother, and the women and girls she created outfits for.

Shabana was born and lived in the UK for almost 30 years. She lived in Central London, where she achieved her degrees, a BSc in Business IT and a MSc in Information Management. She worked in the corporate world before her husband was presented with a work opportunity in the US. In 2008, Shabana moved from Central London UK, to the US, and settled in Fayetteville Arkansas. Through the frustrating immigration laws, and while being unable to legally work for 7 years, she discovered her love for creating. This journey opened up a new way to connect with people and share her story.

In 2017 she formally introduced her work and enjoyed her very first Exhibit. Shabana has now enjoyed successful Gallery Exhibits throughout the US. She has been voted into a number National/International Juried shows. Some of her notable exhibits include 21c Museum, a solo exhibit titled ‘Dupatta: Journeys of life and Cultural Identity’ at Baker University in Kansas in 2021. From June to September 2022, Shabana has a Solo Exhibition at Fort Smith Regional Art Museum. in 2022, she was invited by Crystal Bridges Museum to provide the community with a demonstration in their studio. As a self taught artist, Shabana is always building her knowledge, she attended the University of Arts London, St. Martin’s College in the UK, and also completed the Artist Inc program that is organized by the Mid-American Arts Alliance. She was awarded the ‘Sally A.Williams fund’ from the Arkansas Arts Council in 2017. Most recently she was awarded the Cache Creative Exchange fund in partnership with the Tyson Family Foundation, this will offer her an artist residency in 2023.

Shabana has been featured in a number of press releases. Some notable ones include Northwest AR Alive (Emmy nominated TV series) where she had a solo interview, Fox / KNWA News,  Little Rock Soiree Magazine, Arkansas Times, KUAF Radio , CitiScapes Magazine, and Studio Visit Magazine where she was featured on the cover. Shabana is currently represented by Saatchi Art.